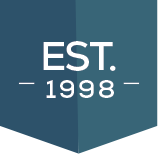 1. Renovation of the existing office space of 27,028 sf on the 13th floor in an existing high rise office building at 320 west temple street.

- Scope of work: Accessibility upgrades and patch/repair of existing walls and ceilings for installation of new audio/video equipment.

ACI is relying on the price submitted in a subcontractor's proposal as an all-inclusive price for its trade scope per the plans and specifications regardless of any qualifying proposal language. No
substitutions will be accepted. ACI's listing of a subcontractor is not an acceptance of all or any of that subcontractor's conditions, qualifications, exclusions or exceptions included in the
subcontractor's bid. The subcontractor agrees that its bid will remain valid for the same period of time that the prime contractor's bid must remain valid with the owner, as specified in the project's
specifications. Each listed subcontractor must execute ACl's standard subcontract agreement if ACI is awarded the project; the standard subcontract is available for review on ACI's website and at
ACI's office. PLEASE TAKE NOTICE that any subcontractor whose bid is relied upon by ACI must provide 100% performance and payment bonds issued by an admitted surety in an amount not
less than its bid amount; the expense of the bonds is to be borne by the subcontractor. The bonds must guarantee prompt and faithful performance of the subcontract and the payment of all claims
for labor and materials furnished or used in and about the work to be done and performed under the subcontract. Conditions, qualifications, exclusions or exceptions to the bond requirements
contained in a subcontractor's bid are not enforceable. Such bonds must be furnished to ACI within five (5) business days of the project being awarded to ACI. ACI at its sole discretion, reserves
the right to waive the requirements of such bonds, but only in a writing signed by ACl At the discretion of ACI, any listed subcontractor that withdraws its bid after ACI submits its bid to the owner
will be responsible for the difference in price for such scope of work charged by the replacement subcontractor.
Note that ACI is a signatory to the Painters unions; subcontractors must adhere to provisions of the applicable Master Labor Agreement(s) applicable to their trade.
We are no longer signatory to the carpenters union.

Send us your message and we'll get back to you within one business day at the very latest.

Are you having difficulty logging in? Retrieve your password here.